Delivery of Health Care for Cardiovascular Diseases in Europe

The population of the Czech Republic (CR) is about 10 millions. The mean life expectancy for newborns was 71,1 years for men and 78,1 years for women in 1998. The population of the CR is steadily becoming older. Due to the declining newborn rate the population started to grow older significantly from the bottom of the age pyramid. The number of children younger than 14 years declined for the first time below 20% in 1993, it was below 19% in 1994, below 18% in 1996 and 17% in 1998. The number of persons older than 60 years is constant already for several years – about 18%. According to the official estimates to the future the population of the CR will grow older significantly utill the year 2020 with steadily increasing number of persons older than 60 years exceeding more and more the number of children.

We are expecting that the decline in the cardiovascular morbidity and mortality will continue in the next decade due to increasing population awarness of the significance of coronary risk factors, better implication of primary as well as secondary prevention and increasing availability of modern therapeutic strategies, such as primary PTCAs, stents, ISDs etc. On the other hand, the steadily aging population of the CR with its increasing number of chronic cardiovascular diseases and conditions (such as heart failure) will represent major challenge to the cardiologists and cardiovascular healthcare.

Primary care is private in approximately 85%. However, patiets themselves do not pay directly to the general practitioner (GP) but the GPs have special contracts with the insurance companies (capitation). All CR citizens should be registered with one of the GPs. Gospitals are mostly (90%) state owned but are also financed primarily by insurance companies in a form of a budget. However, the state helps in individual cases to cover the negative financial balance.

The role of the National Society of Cardiology

The Czech Society of Cardiology (CSC) is a proffesional voluntary organisation. Its main aims are to organize and provide continuous postgraduate education for cardiologists, to support cardiological research, to develope standards (guidelines) for diagnosis and treatment of common cardiovascular diseases etc. Its role in provision and utilisation of healthcare in cardiovascular medicine is limited. The CSC formulated „National Cardiovascular Programme“ - a comprehensive document on optimal organization of cardiovascular healthcare in the CR - and suggested it to the Czech Ministery of Health in 1996. Nevertheless, this document was still not yet discussed or accepted by the Czech healthcare authorities. The presidet of the CSC is a member of the Scientific Council of the Czech Ministery of Health and representatives of the CSC are advisors to the „Drug Categorization Committee“.

3. Problems and concerns as regards provision of cardiovascular healthcare

Overall capacity of hospital as well as intensive care beds for coronary patients is sufficient in the CR. The Divisions of Cardiology are mostly inttegral parts of the Departments of Medicine in University and other big hospitals. In smaller, usually district hospitals the careof the patients with cardiovascular diseases is delivered at the Departments of Medicine. There are 10 specialisedCardiac Centers with cardiac surgery facilities available in the country (1 per 1 million of citizens).

The availability of invasive procedures, such as coronary angiography, PTCA, CABG and heart tranplantation, increased substantially since the political change in the country in 1989 reaching actually the average numbers in the European countries. For example, PTCAs increased from 60 per million inhabitants in 1992 to 624 per million in 1998, stents from 5 per million in 1994 to 449 per million in 1998 (being employed in 4% of PTCAs in 1994 compared to 68,5% of PTCAs in 1998), CABGs increased from 181 per million in 1994 to 453 per million in 1998. Nevertheless, the numbers of invasive procedures are still insufficient and limited by the country´s healthcare budget as well as by the budgets of particular hospitals (cardiac centers). This gives rise to waiting lists, esepcially for CABG with the average waiting time ranging from 2 weeks to several months for elective procedures. The situation in pacemaker implantation is very good – the CR belongs to high-volume countries with about 600 pacemakers implanted per million inhabitants (standardized data). The number of implanted ICDs is restricted by the healthcare budget to approximatelly 2 per million (total number of 170 ICDs was implanted in 1998 and 177 in 1999). The total number of RF-ablations performed in 1998 was 960 (96 per million) and 1050 in 1999 (105 per million).

The number of treained nurses is sufficient in the country.

4. Economy of cardiovascular healthcare and needs for priority settings

The basic cardiovascular halthcare is available equally for everybody in the CR. Nevertheless, there are limitations as regards availability of specialised and costly procedures and devices, such as PTCAs, stents, ICDs and CABGs arising from limited healthcare budget given mainly by the dysbalance between the needs for the moders coronary care in the highly morbid Czech population with its prevalence of CAD still significantly above the European mean and the possibilities of still weak Czech economy.

The availability of advanced cardiological care is also assymetric between big cities (Prague, Brno, Ostrava) and the rest of the country due to the assymetric geographic location of the specialised Cardiac Centers (5 od the 10 existing ones being i the capital of Prague). This disporportion will be diminished in the near future with the opening of three new Cardiac Centzers in the towns of Plzen (Pilsen), Olomouc and České Budejovice (Budweis).

5. Wishes and hopes for the future

We are hoping to persuade Czech healthcare authorities to alocate more healthcare resources into cardiovascular medicine. At present the finacial restriction is the major factor limiting further development of modern cardiovascular care. There are sufficinet numbers of cathlabs, cardiac surgery centers as well as enough well trained cardiologists and cardiac surgeons in the country.

Another priority of the CSC is preventive cardiology. We have just started close cooperation with other proffesional Czech medical societes (Internal medicine, Hypertension, Atherosclerosis, Diabetes mellitus, and Gps) to implement effectively joint guidelines on coronary artery disease prevention with the aim to decrease significantly still unacceptably high prevalence and incidence of coronary artery disease in the Czech population. 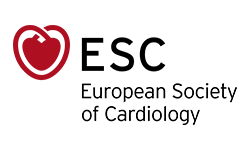 Members are invited to discover the ESC Fellowship programme, make use of the ESC Guidelines and discover the ESC Journals and Educational Products and Activities. Find out details about the Congresses and Meetings and subscribe to the My ESC-News in order to receive regular newsletters on the ESC activities. 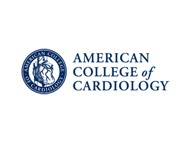 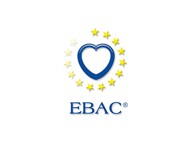 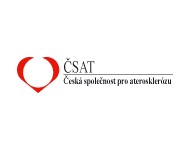 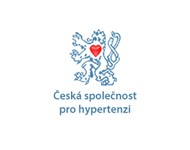 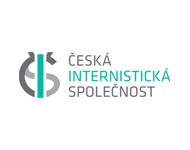 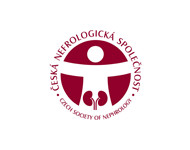